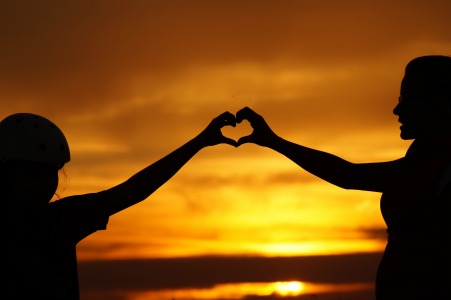 A Better Way to Broach the Birds and the Bees

Having the “birds and bees” talk with your children might be something you prefer to avoid. Either you find it awkward to suddenly bring up the topic or you’re not sure what the right age to start it. This month, I had a chat with SCMP and we took a look at how parents can create a safe and open environment for their children. My big takeaway from this is to have smaller, shorter conversations from a younger age rather than one big talk when they’re older. When children show curiosity about their body, this is the right time to start talking to them about what’s appropriate and what isn’t, how to set boundaries and respect their bodies.

Attraction in Men and Women

What is it about men women find most attractive and

What is it about women men find most attractive?

Wearing less make up! This may seem weird because most women tend to wear make up to beautify themselves! A lot of times though, they may possibly go overboard with the eye-shadow or lipstick. The point of make up is to enhance your natural features, this meaning you still look like yourself! While women may think that men prefer them dolled up, it actually is the opposite. It was recently proven in an experiment, that men would prefer women with 40% less make up than they were wearing. This doesn’t mean women shouldn’t wear make up, but maybe try a toned down look like the “no make-up” make up look!

Confidence. This is a tough one because its very rare to come across a women that is 100% satisfied with herself. Apparently, men find confident women more secure. This is because they know exactly who they are and are comfortable in their own skin. One of the things that men value the most is that a confident women is not only the confidence that they have with themselves, but also confidence in their relationship. This is because they are usually less jealous, and also not really needing for the constant reassurance that they are loved.

Not to sound superficial, but height matters. Did you know that apparently back in the caveman days women were said to be evolutionary geared to gravitate towards taller men, this was mainly due to the need for physical protection. While its not really necessary now, this evolutionary programming of the mind has basically stuck with the female mind where they would instinctually prefer a taller man. It was recently discovered that women tend to want a man who towers over them because it fits to the gender stereotypes and makes them feel secure, delicate and protected. Also, most of our world’s cultures regard tall men as embodiments of all that is masculine. So what if you aren’t that blessed with height? It doesn’t really matter, as long as your taller than the women.

Intelligence! By intelligence, it doesn’t mean being super book smart where you have a bunch of degrees. Being intelligent can also mean being social intelligence where you may just know random facts, or in the simplest form is able to carry a conversation of some intellectual level. After all, no one wants to talk to someone who can share valuable opinions. Even having a good sense of humour is seen as a form of intelligence. Intelligence can be very attractive but remember to use it the right way. If you are “book smart”, try to use it in a humble way, where you throw cool and fun facts/ideas at her.

We at All About You wish you a Happy Valentines day!!! 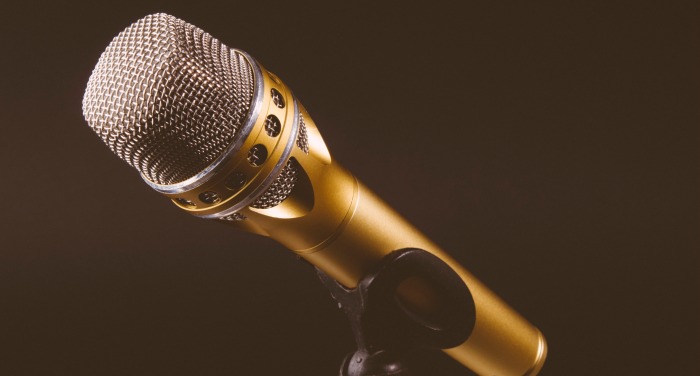 Whether we’re talking in a team meeting, giving a presentation in school to an audience, we all have to speak in public from time to time. Everyone has probably been in the position where the nerves got the best of them. It’s completely understandable because nothing is scarier than facing a huge group of people possibly judging your talk. Good news is that there are things we can do to make it easier!

We have interviewed our in house expert Sonia Samtani and here are her top tips!

During a presentation, finding a resting position is important. When you aren’t using your hands to gesture things, you don’t want to do anything too distracting, but you also don’t want to be feeling awkward and uncomfortable, so tip number 1 is to try out different resting poses, and see what you feel most comfortable in!

2. Believe in what your saying!

93% of communication is a non-verbal state of mind. That is why believing in what your saying, and being fully comfortable with who you are is going to make the communication process most effective. No audience is going to remember everything word-for-word, and is most likely going to paraphrase the information, so you shouldn’t feel as though reading everything word-for-word is important. Simply be yourself, believe in your viewpoints, and the audience will react accordingly.

3. Have a powerful opening and ending!

Having a powerful opening and ending in a speech is extremely crucial because it can change the way the audience views your presentation. Usually, the first 3-4 seconds of a presentation can determine whether the audience will give you there full focus or simply look to their phones. That’s why it is really important to start with something interesting, it could be a cool fact, a story, a video, or even an intriguing question to captivate the audience. Having a powerful ending is just as important. It is then that the audience will determine whether the presentation was great or whether it was just ok. Remember it is always important create a long lasting impression!!

During a conversation, have you ever wondered if the person was actually listening to you? Yes, he/she might be hearing what your saying, but is he/she actually listening? And how do you know if he/she is listening? There are also times where our minds can wander off during conversation and at times, you may not be able to help it. So, what’s the difference between hearing and listening? In general, hearing requires no effort, you simply stand and hear what the person is saying whereas listening is a conscious choice that requires your full attention and concentration to process what the other person is actually expressing.

Here is a very basic comparison between the two!

Signs that people are not listening:

Many people would think that listening and hearing are the same thing. It would sound kind of weird if someone said “I’m really bad at listening.” Because most people think that its something we just do. In reality, hearing is one of the 5 senses, so it just naturally happens, so the ear processes the sound and passes it to the brain, however the brain does not react to the sound. Listening, however, actually requires you to actively listen, hence you can process the information and give feedback. Effective listening actually is something that needs to be learned. It’s kind of like a skill that needs to be developed. Considering the current working/living environment, its extremely crucial that we have this skill. Here are some tips for effective listening!

A happy relationship is the greatest thing out there. It can make you feel alive, beautiful, safe and loved! Behind a happy couple, there is usually hard work! They are the ones who find time for one another, are always honest, laugh, support one another, communicate etc. Not to say that all these things are not important but among them, communication is key!

Without communication, there is no relationship. It’s so important to talk, to express yourself, to share the good and the bad. Only through this, will your relationship gradually develop. It’s basically the foundation to how 2 people become closer. One of the worse things you can do is hold your feelings in. While it might seem like it’s a small thing, over time, it can grow into this big ball of resentment, hatred and anger! There are however small things you can do to improve communication!

Communicating can be hard for some. It can seem intimidating and awkward at first to open up about issues or problems. This is where couples counseling comes in handy. During these sessions, a couples therapist acts as the middle man and usually tries to engage the couple to express their feelings and thoughts. This gives the couple a safe environment to express themselves. Usually through these sessions, couples will be able to learn how to speak to each other in a more supportive and understanding manner. What’s better is that they can utilize the skills learnt during these sessions and use them at home as well!. In addition to that, they will gradually be able to learn how to listen more effectively and empathically.

When preparing for interviews, it is fair to say that most of us choose to focus on what there is to ‘do’. We have a ‘to do’ list of what to bring, what to wear, what to say, what to research, how to sit, how to shake hands, how to introduce ourselves, and the list goes on. Whilst I think these are important factors, I consider all of these as secondary to what really makes the difference. I strongly believe that your being, and by that I mean your mindset, is the primary factor that determines your interview result. This is an internal facet that I term as the hidden image; it is not something that is tangible, however people get a sense of your self-perception, confidence and attitude when you enter a room. Hence your hidden image largely dominates the judgments that are made about you. END_OF_DOCUMENT_TOKEN_TO_BE_REPLACED